(Okay, that’s a snail. There isn’t a slug emoji, though…)

From 20 January until 2 March 2020, the Royal Horticultural Society and Newcastle University are on a recruitment drive for 60 volunteers to help out with a year-long study. 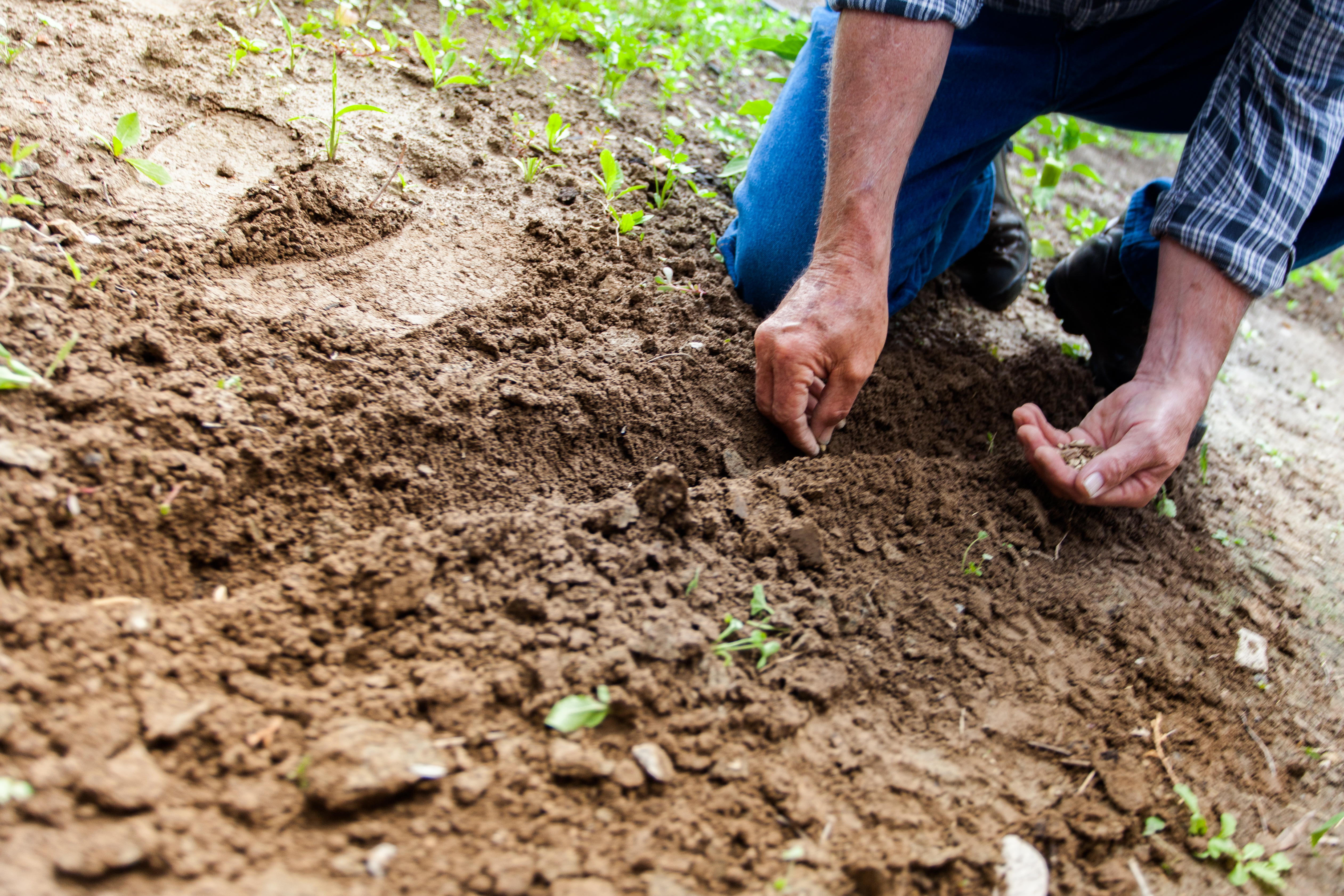 It’s that time again! The days are getting longer and, if you can dodge the rain for long enough, you can start getting a head-start on your plot.

On 9 January, the bi-monthly GAF meeting had the topic of ‘Starting the Season – Rearing Your Own Plants‘. Some of our most experienced members shared tips and answered questions from newer plotholders in a discussion that was so spirited it had to be forcibly cut off to make time for the business meeting that followed!

For those of you who couldn’t make it along, we’ve packaged up a summary of the key points. Skip on to page 2 below to read them online, or grab yourself a copy to download and keep (and print for the inside of your shed door, perhaps…)

> Don’t miss another discussion – put our bi-monthly meeting dates in your diary.

Officially a general term meaning ‘Conference of the Parties’, the most well-known COP is the annual conference officially known as the United Nations Climate Change Conference.

The 25th annual COP – COP25 – was recently held in Madrid (although it was originally planned for Chile, before civil unrest took hold and it was relocated).

What does it have to do with me?

First up, 30,000 delegates and 200 leaders from around the world are expected to arrive in the city, so you can expect some disruption. They’ll be based around the Scottish Events Campus, so security arrangements and travel around that part of the city are likely to be affected.

You can also expect accommodations to be booked up around that time of year, and with Greater Glasgow’s population temporarily growing by 5% (but likely all packed in around the middle), there’ll be a lot more people all competing to be fed and entertained in the city centre. Worth noting if you have any big events during that couple of weeks…

Secondly, each COP comes with an informal fringe, which is an opportunity for the public to get involved.

What is the COP fringe?

Totally self-organised, and separate from the actual summit, COP fringe events are a place for the public to get involved and talk about climate change issues.

From campaign groups and protests to local food-growing organisations and educational activities, it’s a chance for a wide range of people to have a platform.

The Scottish Climate Change Secretary has arranged that the Glasgow Science Centre – just across the river from the SEC – will be a host venue to some of these activities.

The Science Centre won’t be big enough (or just won’t suit) a lot of the activities people want to run across the city, though, and it’s important that everyone with an idea for a fringe event has a space to collaborate and organise.

So who’s organising it, and what will they do?

Over the past few months, a national group has started to self-organise. Representatives from lobbying groups, environment-focused NGOs (think Friends of the Earth), trade unions, climate justice organisations, and local community groups have all entered the mix.

This group doesn’t go by an overall name, but you can think of it as a coalition of UK civil society groups. Broadly, it’s anyone who isn’t part of the country’s official, governmental involvement.

You can read more about them at https://cop26coalition.wordpress.com/

‘We are working in a broad, diverse and inclusive formation to organise ourselves as UK civil society around COP26 and are in the process of establishing UK-level and Scottish-level coordinating groups, with Scottish representation on the UK group and strong communication between the two groups.’

How can I help my allotments / GAF get involved?

Short answer – think about whether:

Some of the GAF members were invited to the most recent coalition meeting in November – you can read about what happened and decide if you want to get involved. 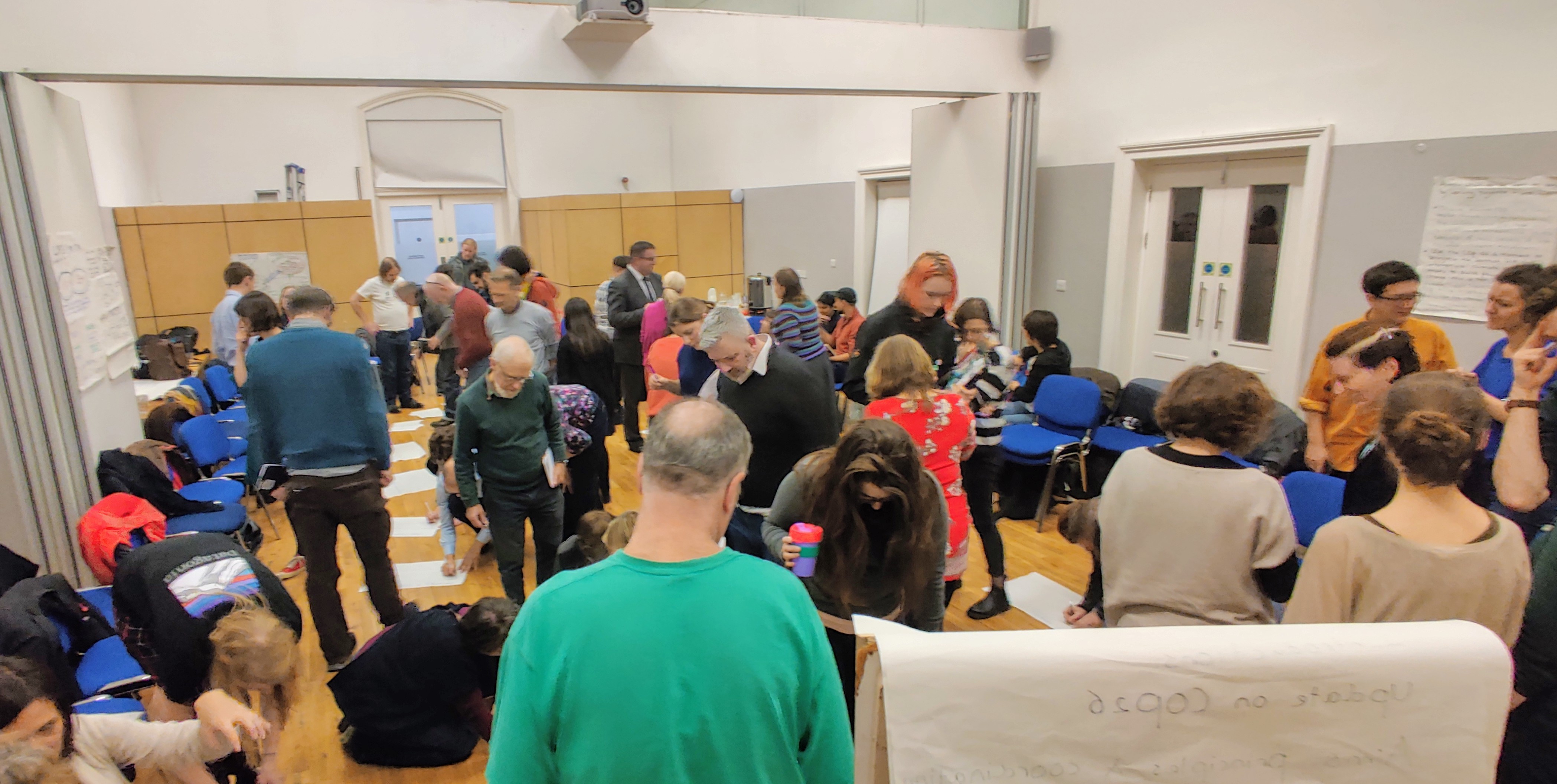 Grab yourself some seed potatoes, learn a new technique, and even get the kids’ faces painted…

Potatoes, sets and seeds for sale

Potato Day is our annual event to kick-start the growing season. We’ll have over 40 varieties of seed potato, the majority of which are Scottish grown. You’ll find old favourites as well as new additions, and you can buy anything from as little as one tuber, although the day is more about variety than quantity.

Once again, we’ll be joined by the Glasgow Food Network & Urban Roots who’ll will be running a seed-swap table, so bring along whatever you don’t need and see if you can pick up something interesting from someone else.

The Tattie Bash, our famous annual potato-growing competition, kicks off each year at Potato Day. For the princely sum of £2, you’ll be given a pot and one seed potato tuber, returning in August to one of our weigh-ins to see who’s managed to grow the heftiest crop of tatties. All proceeds go to the charity WaterAid; from a land of plenty water we’ll be helping people in parts of the world with little access to any water, let alone anything like the clean, safe drinking water we enjoy – http://www.wateraid.org

There’ll be many other stalls, workshops, and a café too – we’ll post more details here as we get them confirmed.

Stalls for the kids

We’ll have activities for children in the youth suite – some are yet to be arranged, but we’ll definitely have a puppet-making area with the Scottish Mask and Puppet Centre. We’ll also have face-painted by the wonderful Angelina of Fab Faces in Hamilton.

The event simply wouldn’t be possible without a gang of helpers, so every bit of assistance is valuable. (If you do come along to help out, please bring your own lunch!)

We’re looking for help with a few different aspects of the day, so let us know if you’re keen to get involved, and whether you’re a first-aider.

All donations are very welcome! Please take baking directly, as early as possible, on the day to the café. Please label what the item is and mark clearly if it contains nuts or other allergens. Please take preserves to the stall in the 1st floor hall.

It’s always a really fun day, and it’s a great way to kick-start the season. Spread the word, let us know if you’re willing and able to help out for a bit, and hopefully we’ll see you there!

We’ll be redesigning our website soon
Let us know what you want to see!